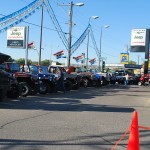 The Show and Swap went off with a bang. I quit counting at about two thousand people. Allen Elmore, Steve Melloy, and I threw this event. It was a Cliffhangers 4 wheel drive club event that was thrown to re-coop some of the money we spent consulting for land use. Had we not done this I am afraid we would be going down the same path we were with the BLM. The Ultra 4 guys that were there said that we had a bigger showing and more people than the event in Reno. 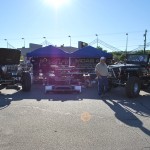 Regardless of how we did all of the vendors want in for next year. We had a lot! We had vendors come from out of the area like Jimmy's 4×4 and Moab 4×4 Outpost also known as M40. There were some great vendors from here like Fast Lane Hobbies, Browns Fabrication, Truck Treats, Mr. Mobile, Family First Chiropractic, just to name a few. Randy would fire up the Pro Class 2 race truck to get people excited. It doesn't take much with this crowd because they are all so deep into the parts and rigs. I was just an amazing turn out for the first year! 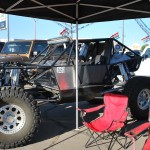 We also had a swap department where even the Jeep dealer (Steve Melloy's Dealership) brought all kinds of parts. Some of the people in the swap area were priced just right and some wanted to make money. The people that were priced did well. you can guess how the guys that wanted to make a lot of money or sell their products for profit did. We even had a vendor in the swap area. 4 Corners 4×4 was there just selling used parts and a truck. Allen and I didn't get to check out the swap parts because we were working hard to keep everything balanced. 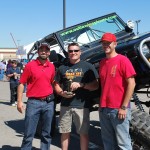 There was a very large turn out for show vehicles. I think we had around seventy show vehicles that were not vendors. Allen, Spencer, and I had a difficult time judging because they were all so good. Allen had bought a lot of trophies for the show. Next year we will have a peoples choice so that we can retain them for more than just an hour. You never know they may see something they like and venture over to a vendor or a swap trailer to get some ideas. 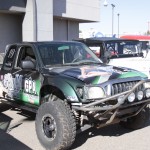 As far as competitions go we had a lot going on. We just needed to spread it out so that one competition didn't spill into another. The R/C Comp got a lot of attention and I have been hearing about it since the show. Good Job Cody!!! The flex competition had everyone stacked up around the RTI ramp. Our winning RTI index was 1119. Steve Nantz brought the Outlaw rig they built for a customer and it won by one point. Shawn Rants Sr. came in one point behind and it took three passes each to get to the final decision. Danny and Didi did an excellent job keeping it organized, flowing smoothly, and calculated. Thanks guys for your hard work! 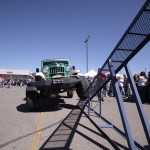 All in all it went over very well. Next year we will get all of our numbers together and will shoot higher. I would like to see some national vendors like Super Lift, Master Pull, or even my guys at Superchips. The Mopar display would be nice as well because the whole thing is wrapped around the Jeep dealer. T&T Customs would be cool to have as well. They would certainly have to enter a couple in the show. I have been very impressed with their attention to detail. It will happen next year and we will be working on it starting in the first quarter of 2012. Thank you to everyone that came out and to all of the great people that helped with this event. This is an amazing area and it is time to bring the big shows back to Farmington. 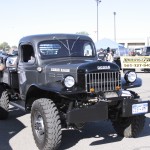