To all who love Chokecherry Canyon and love to wheel there,

We are in need of your help!!! Here is what we figured out when he went to the BLM public meeting. Below you will find the information leading to that meeting. We have a comment to submit and need your name, address, and email to add to our comment or if you have any questions.

“I learned they couldn’t answer my questions with anything intelligent. 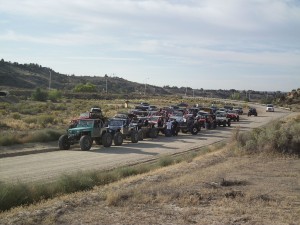 I learned they know you. I asked if they have all the Cliffhanger Trails inventoried, they said that’s on their list to do and that Rick had given them some of the trails. Almost like she expected me to know who Rick was. I didn’t say that I knew you, so I assume that they infer that everyone who wheels knows Rick Jenkins 🙂

I asked why they were closing roads in the RMZ3 area and how asked they could physically close those roads. They didn’t have an answer so the went on about how they had to inventory all the roads and some they didn’t want to maintain. They don’t maintain anything. I asked how I would even be able tell what road was closed. They didn’t know.

I asked about the Quiet area RMZ1. I asked on guy what the idea was behind it. I asked how people would know what the boundary is. I asked how they would keep people in Farmington from driving their quad or motorcycle out their back door right through the quiet zone to the Glade. He said he didn’t know. I told him it’s not quiet there are compressors and oil and gas roads, it can’t be quiet. They guy told me he felt the same way 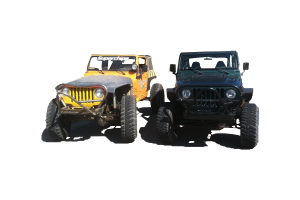 I asked why Alt A and B have a similar description, but have different impacts. They didn’t know, I should write that down or ask Janelle.

I told Janelle that I was concerned that they had not inventoried the Cliffhanger trails. I told her that people can’t determine the impact of the change without knowing where the trails are. I also told her that I had some of the cliffhanger trails mapped. She asked me to contact her to setup a time to sit down and discuss the maps.”

We have been going through this process just to find the BLM plagiarizing an EA in Colorado. Our suggestion is to go back to the 2003 RMP which was never put into action but had a fully approved FONSI. As discussed in the past we have been going through a Resource management plan “Renovation”. The whole reason for this was rising conflicts in the glade. We have a document from the Sheriffs office Stating for themselves and the BLM ranger that there has been one incident in the glade to date. A gentleman with a bicycle purposely rolled his bike in front of an ATV. The bicyclist then reported to the Sheriff that he had been run over by the ATV. We have multiple witnesses of this event and we are trying to find the video of it. Who knew this would cause the situation we are in now.

The Cliff Hangers Four Wheel Drive Club has paid Pan Pacific Services for Jim Cooper or “Coop” to attended most of the meetings with us to keep the BLM in line. He has done very well. This cost the club a lot, but it was well worth it. We need to get Names, Addresses, and Email addresses of individuals to go with our comment to be submitted by the 5th of April. I would like to have this in no later then the 3rd. The more we have the better the impact. 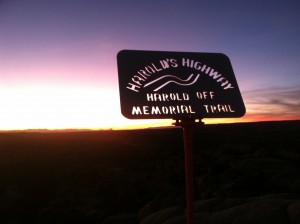 The BLM has put together an EA that really wasn’t from this area for this go around. I guess you could say that they have used a copy and past from an EA out of Colorado. That being said our recommendation is to go back to the 2006 La Plata Managment plan which includes the 2003 RMP has a completed FONSI (finding of no significant impact). This plan wasted lots of tax dollars because it was never used or enforced. This plan helps all groups recreate in the Glade. The historical use here is amazing! Many of you have been here for Supercrawls or Invitationals. Some even attended the United Four Wheel Drive meeting here 20 years ago.

You can find the BLM information and proposal here: http://www.blm.gov/nm/st/en/prog/recreation/farmington/Glade_Run_Recreation_Area/grra_improvement_public.html 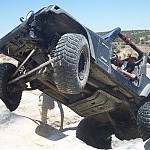 On the right hand side you will find many pages in the FONSI. You will also see the alternatives. When looking closer at these. The BLM seems to be justifying their jobs inside instead of going out and looking at the physical property, in fact it looks like they are using city records from the early 90s. Some of the roads that they are “closing” don’t even exist. Hopefully we can get back to the earlier EA that is written up correctly (this EA was never implemented).

If you can help please give me a shout message me your Name, Address, and Email address. I have to have this typed and attached to the formed 16 page comment that we submit.